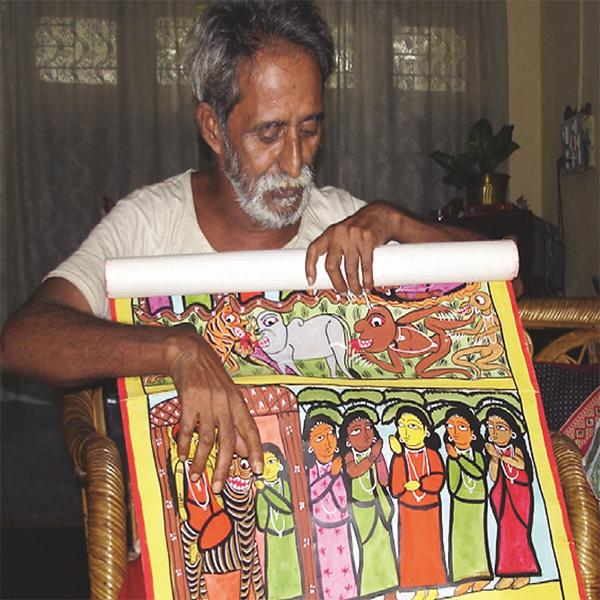 Dukhushyam Chitrakar, artist from Naya, displaying one of his scrolls (Photo: Sujit Mondal)"Famine Tales" is based on the outcomes of the recently completed AHRC project "Famine and Dearth in India and Britain, 1550-1800", led by Professor Ayesha Mukherjee (PI), University of Exeter, and Professor Amlan Das Gupta (Co-I), Jadavpur University, Calcutta, which created a searchable web-database containing c.750 texts in 10 languages, enabling exploration of the cultural histories of famine and dearth in early modern India and Britain. Using material from this publicly accessible database and the British Library's collections, the follow-on project "Famine Tales from India and Britain” enables the modern re-appropriation and narration of selected episodes of early modern famine and dearth, to engage new audiences and participants from rural and urban creative industries, as well as academic communities in India and Britain. The intense and resonant stories of these famines past are relevant to communities afflicted by dearth today, and are worthy of dissemination to a wider public.

The famine tales are being painted and narrated by traditional scroll painters and singers of Naya village in West Bengal, whose work has attracted international attention; and by new wave, urban graphic artists in Calcutta, known for their issue-based graphic novels and work with the Jadavpur University Press. Both groups are recognised for their vivid socio-political commentaries. The patachitrakars (scroll painters) of Naya will perform the stories in villages and fairs in rural Bengal. The project will culminate in exhibitions and performances in Calcutta, Exeter, and London, to display the work of both groups of artists, in parallel. Their famine tales will be added to the web-database of the original research project and this website, to make the created narratives part of a combined textual and visual repository. 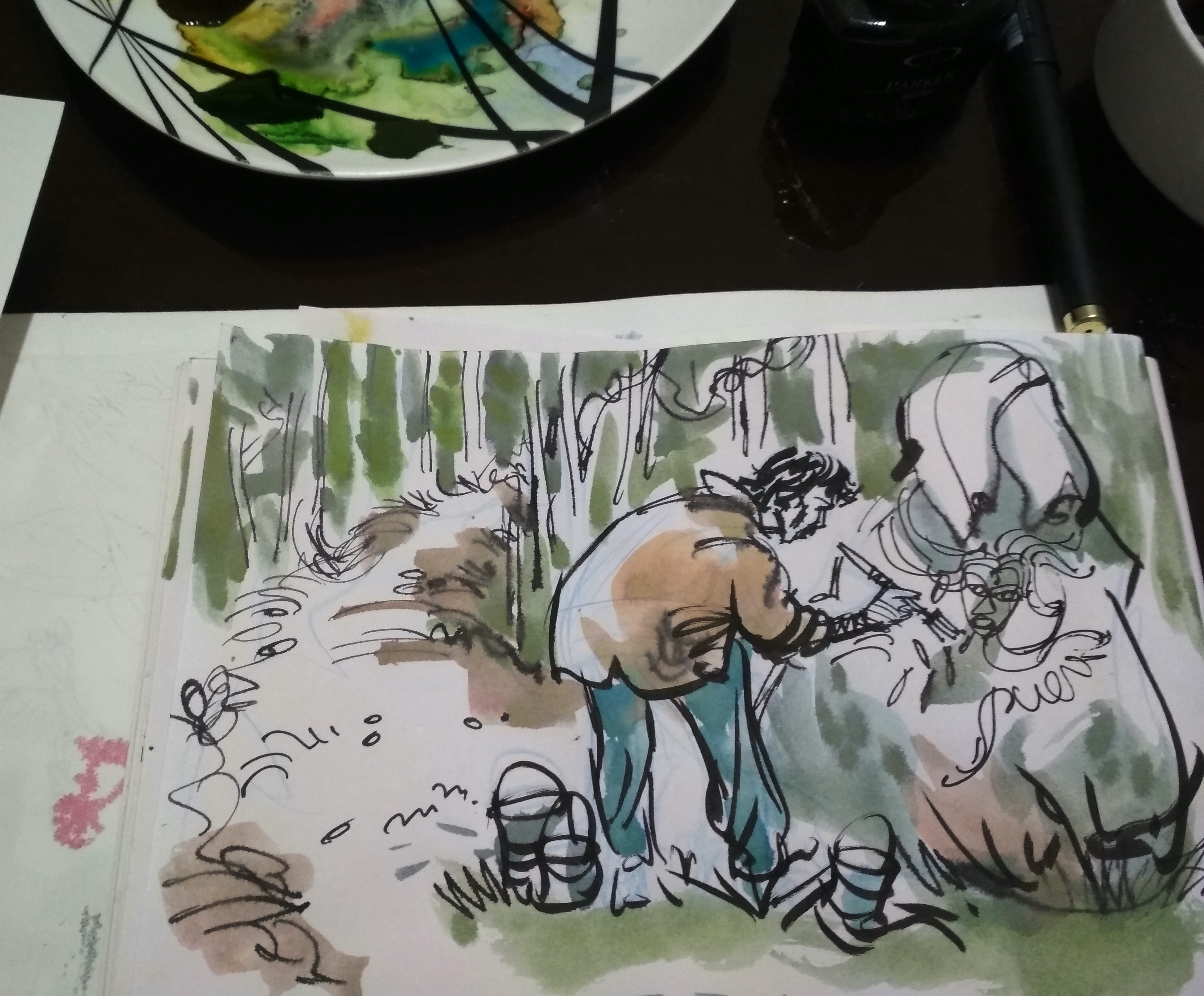 Graphic artist Sarbajit Sen painting on the rocks at Loleygaon (Photo: Sarbajit Sen)The narration, painting, and performance processes are being documented in film, also made available in our video and photo collections. Exeter's Digital Humanities team and Jadavpur's School of Cultural Texts and Records, who collaborated on the original project, are creating high quality images of the scrolls and graphic work, which will be displayed here, along with introductory information, film documentation, and accounts and photographs of the performances and exhibitions. Our project partner, the British Library, are supporting the project in many ways, including hosting talks and performances by the project team, curatorial advice, and collaborating on the digital outputs. Jadavpur University Press will publish a book containing all illustrations, poems, and an introduction. The original paintings and film archive will be preserved at Exeter and Jadavpur, with the British Library's expert advice. Further information about our forthcoming events will be available soon.